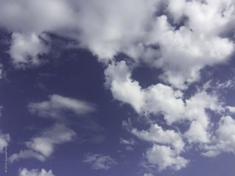 It’s raining today, which is appropriate, because I want to weep. Not cute, sweet little girly tears, but big, messy, mucousy sobs and wails.

Ever since we got on the bus in Finisterre, I’ve felt lost. What am I supposed to do now? First there is the logistical question of where in Spain (or the world) to go. We definitely don’t want to stay in Santiago (it’s a nice city, but it does feel like we’ve overstayed our pilgrim welcome). Originally the plan was to get an Airbnb in Madrid. But I cancelled that a week ago, when I woke  at 3am, panicked at the thought of navigating a large city. Drew, in his infinite patience with the Squirrel-that-is-Me, suggested we rent a car and just drive. Figure out where we’re staying as we go. A Camino del Coche. Since I am incapable of making even the smallest decision right now (red wine or white? oh crap, do I really have to choose?), that seemed like the most sensible course of action.

So that’s what we’re doing. After breakfast, we will take Johannes to the airport (I have my Kleenex at the ready. This may get ugly.) And then….we will drive. South, I think, to try to get away from the weather. But much more than that, I just don’t know. Stay tuned.

DREW: Yeah, it’s been depressing to shift gears so radically (and literally; got stuck the wrong way in a one-way alley with a stickshift rent-a-car. Dude in oncoming truck was nice enough to warn me of the police station at the end of the block that I’d avoid if I just turned around. “Police… ees bad for you!”)

Driving seemed to help the pit in my stomach, and as we headed south towards Salamanca, the clouds parted, the countryside opened up, and we actually passed signs for the Camino de la Plata (Camino Mozárabe), which comes up from Cordoba. Kind of cool to see another way along our way.

But our place in Salamanca is a bit… depressing. We roll the dice a fair bit on accommodations (hey, on the road for four months, you gotta, sometimes), and this one was a bust. But we’ll hunker down, enjoy a movie, go out to eat, and make do. Ahhh, shaking the blues, when you both got ’em, can take some work!