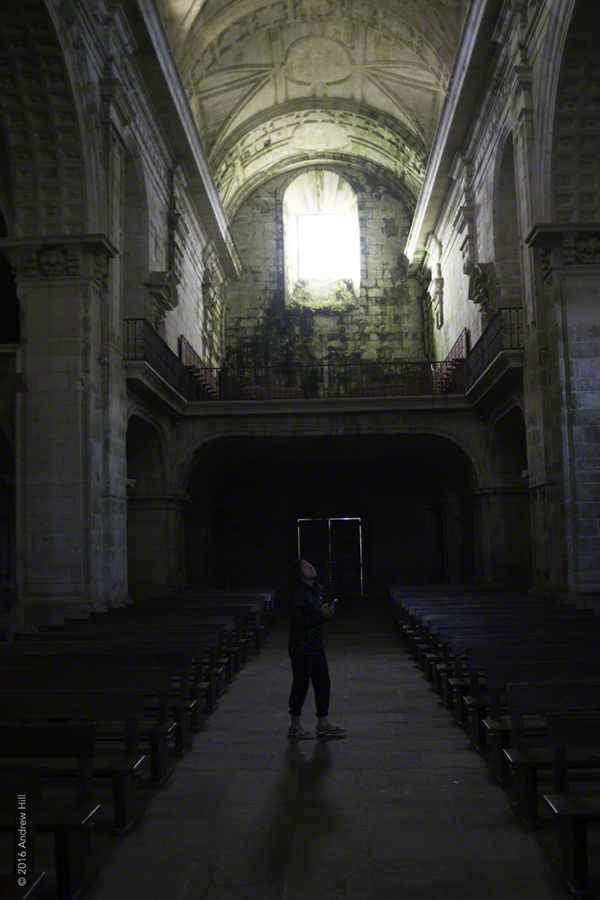 It was a strange day for the number 31 all around. It started when we left the albergue, in the dark. Again. Because I have a hard time staying asleep when surrounded by a bunch of people, apparently. So poor Drew had to drag his tired body out of the warm hostel and out into the cold for me.

We walked through the forest for about an hour while the sky lightened (yes, it has been taking until 9 or later for the sun to fully rise in this part of Spain. It has been surreal.). We then came into Miraz and a little cafe. While we waited for our breakfasts, we were approached by another pilgrim. He introduced himself as Hugo, from Belgium. Then he proceeded to introduce us to everyone else in the cafe! Such a gregarious, lovely man. He started his pilgrimage (his second) from Antwerp on the 4th of July. He has walked over 2000 km, and does not want this trip to end. He has been writing down which countries are represented by the pilgrims he meets on the way. He had never met anyone from the Philippines on the Camino before, so I became his country number 31! We took our picture together, and I signed his book; I admit, I felt kind of special :)

After that, we spent the day walking through country lanes and on dirt/gravel tracks next to small highways. The terrain was fairly flat, so we just ate up the miles and ended up in Sobrado dox Monxes, a small town with a large monastery that also houses pilgrims. We arrived at about 4pm, and the pilgrim reception office was still closed. So we headed to a bar in the center of town. Who do you think was sitting there but Johannes! He greeted us warmly and of course, gave Drew a hard time about his huge backpack. Typical ;)

A couple more highlights from Drew: