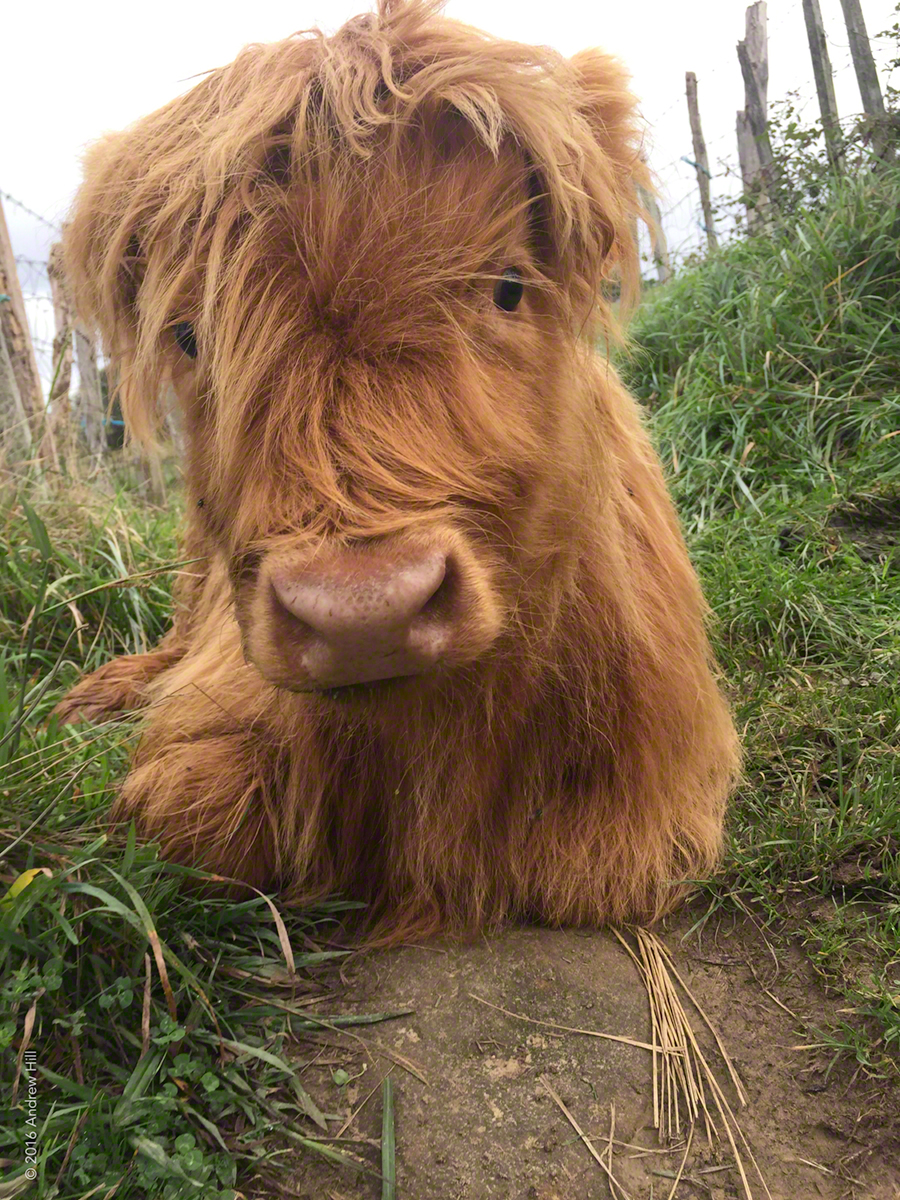 Today started out with a delightful visit from a terrier puppy, clean clothes and a quick breakfast followed by a downhill stretch into Donostia – San Sebastián. We followed the promenade along the water, picked up some super yummy sandwiches for later, as well as grapes and nectarines. Then it was up, up, up the hills out of town. The plan was to stay in Orio, if the timing looked right.

For a long, gorgeous stretch in the countryside, we crossed a number of farms, passed a delightful little water stop offered by a local (‘No money, please!’), and then found ourselves alone but for a French (Basque) couple who were a little ways ahead. Then, out of nowhere: a school trip of teenagers, babbling non-stop, started coming up behind us. They called out a few times, and with no packs, were making good time. They felt like an oncoming throng of Spanish-speaking zombies, and they were fast. The pressure was on to make a hasty escape.

We hightailed it past our Basque/French neighbors and one or two other walkers, and managed to crest a couple of hills before the mob caught up. They stopped for lunch, so we went on, as did the couple who were roughly pacing us (visible passing the lunching, munching, babbling bevy). Further along, we hoped a cow in drowsing the trail and, later, the crossing of the highway, might deter the babbling bunch. Alas, we finally lost them a ways later, in Orio, where Lis looked back and expressed her feelings toward the group coming down the hill behind us (see photo).

We arrived in Orio a bit earlier than anticipated, so headed across to the west side of town with an eye toward a nice night in the hostel. Long stretch of flat along the water to a school converted to a hostel. But… no luck. No beds. Starting to get tired and grumpy, we headed up and out of town, and passed another albergue in the rain. It was kinda icky (smell!) and not worth the price, so we pushed on through to Zarautz, where Lis found a lovely pension for a song. We put 17.8 miles on our shoes today, and really felt those last 6 or so. Achy, pained, and VERY happy to find a private room with good beds and a shower.

Thankful for an amazing walk today, and gobsmacked by our unintended record for distance in a day.