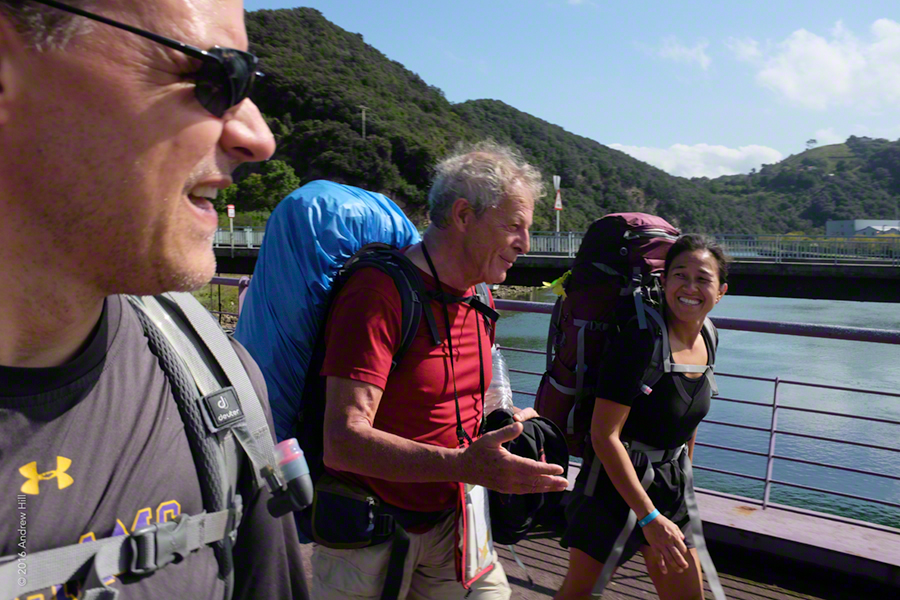 So it’s day three, and we’re already behind schedule. At least according to the guidebook. And the two apps. And all the blogs. According to apparently everyone, we should have gotten to Deba tonight. But instead we stopped early in Zumaia. And checked into a hotel, instead of the albergue. Double sacrilege. And we left a fellow peregrino, 72-year-old Jean from near the Bois du Boulogne, to continue without us. Triple sacrilege. I feel in equal measures embarrassed to be defeated by a septuagenarian and justified in babying my body this early in the walk.

The hotel is not fancy. I love what €40 can get you in Spain. But there are clean beds, a working ceiling fan, private bathroom! and desayuno incluido. I am a happy camper. We wash our socks and shirts in the sink and leave them on the balcony to dry while we have cafe con leche y magdalenas de chocolate in a nearby cafe (with the free gift of a baguette–a score for lunch tomorrow). We write a couple of postcards and take a nap. It feels so decadent, just to able to walk in sandals, free of that infernal pack. Cheap thrills.