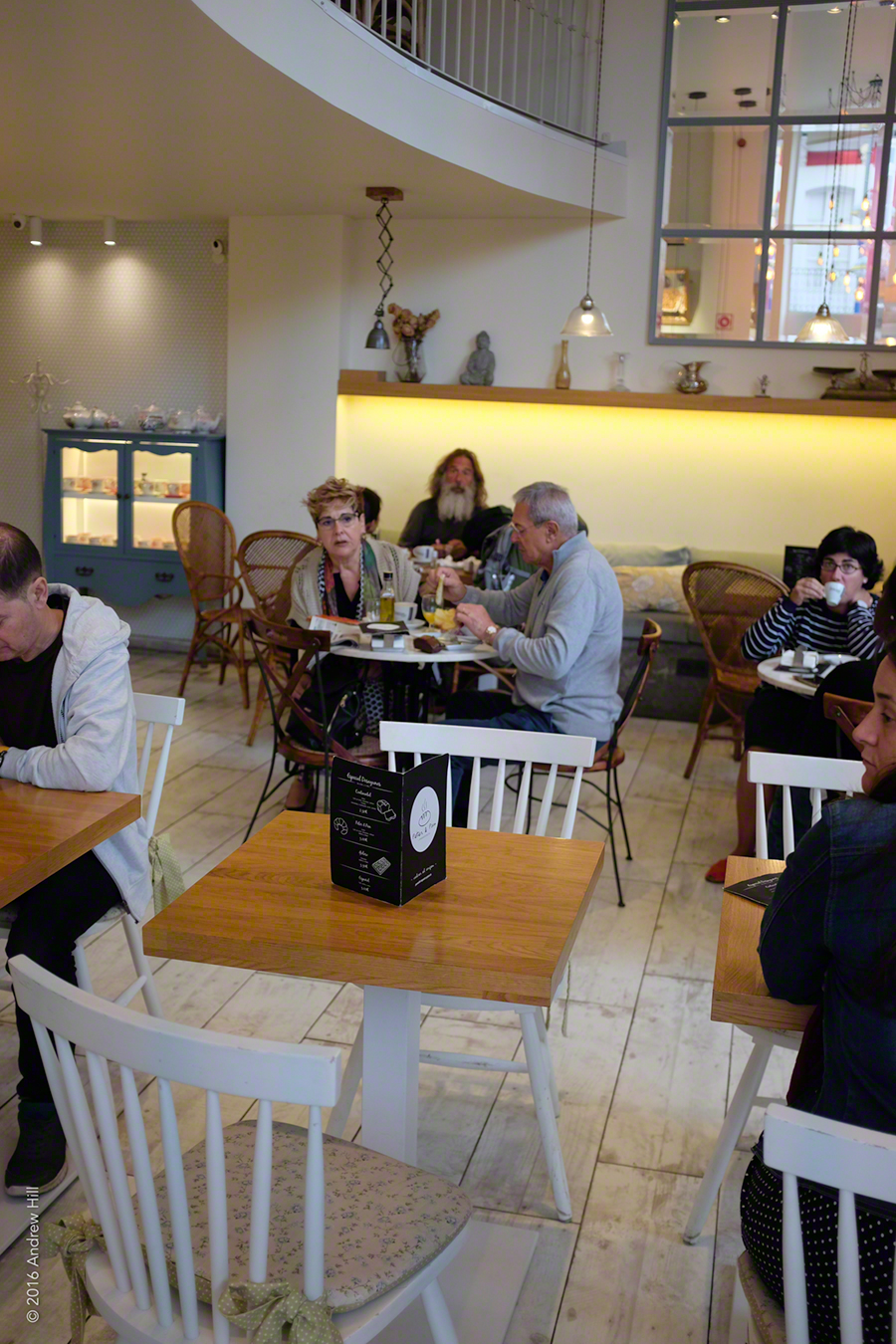 Just needed to put down in words a bit about meeting a new friend, the Mountain Man. He introduced himself as such. The government knows him as James, but that part of his life appears to be gone now. Married at one time, father of two, grandfather of four, he appears to be in his … seventies?

The southern accent was the first draw. When I asked him where he was from, he said Greensboro, North Carolina, to which I responded, “Atlanta. Originally.” Big smiles. We got to talking.

He came up from Portugal through Santiago, and is now walking up to Paris.

Wait: a note about his appearance. Long, looong hair and grey beard. Soft green eyes. Wiry very strong physique. Tanned skin, and a very casual way. Likes to talk, tell stories. Writes things down, then takes a picture of them with his phone because, well, “my memory and all.”

After a lovely conversation with him, and swapping of a few details about upcoming sights for all of us, we bade farewell and packed and departed. Well, on our way into the bakery for a baguette, who should we see, sitting at a far table of this fairly swanky bakery, clad in shorts and well worn North Face shirt? Yep, the one waving us over to join him for breakfast. So we did, and he treated. And it was a lovely 45 minutes or so of swapping stories and thoughts on the Camino. An experience you really couldn’t find if you sought it out.

And yes, I spent the next hour of walking thinking about and talking to Lisa about MM’s life. MM, if you’re reading this, I hope none of it offends, and that you realize you were the highlight of our day. Safe travels, friend!